A Trip to the Huntington Library

- October 11, 2010
Saturday I went up on a bus trip to the Huntington Library (and Gardens). I didn't take as many photos as perhaps I ought to have, like the shady tree I sat under practicing my shading of faces for Suzi Blu's class.

But I did take a few. 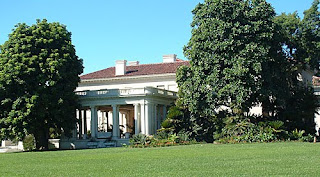 This is the Huntington's original house which now houses the European Art collection. Yes its acres upon acres of gardens, and a series of art galleries and has a rare book collection!

It was also pretty hot today, so after the docent-led gardens tour (photos below), I hit the cool of this particular gallery. My very favorite room was the large portraits by Romney, Reynolds and Gainsborough. And I mean, larger than life full-length portraits.

These did not impress me nearly as much as the ones of Jane Fleming, the painter Joshua Reynold's sister (wearing this luscious pink Grecian robe) [link to flickr image]; a woman in white who was practically dancing across the canvas (some guy's fiancee) [found another flickr image link, her name is Diana, Viscountess Cosbie]; and Mrs. Sarah Siddons as the Tragic Muse (below, from Wikimedia Commons).

I don't know if you can get a larger view of it -- but look at the heavy rope of pearls on her neck and the two shadowy figured behind her (Mercy and Terror). 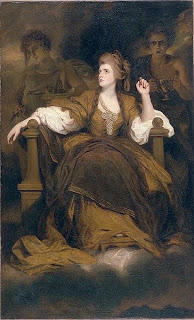 They have a Chinese garden which they have plans to expand. Meantime, I took a lot of pictures of koi. 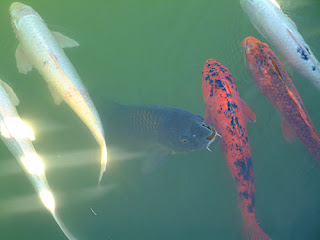 The image below is an almost spent flower (wish I could remember its name) on a pathway leading to the not-very-Shakespearean-really Shakespeare garden. Apparently, the plan was for an English garden but typical Southern California climate is not exactly conducive to many English plants.... 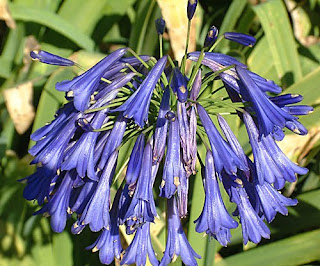 This is a camellia -- just starting to bloom. Camellia sasanqua (had to look that up at the Huntington Library camellia page)... 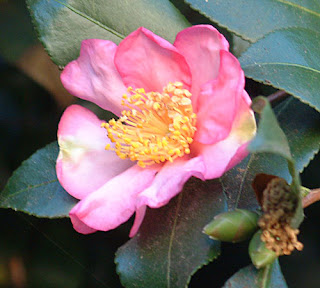 And here is a view of the Japanese garden where I would've liked to have spent way more time, but the tour wasn't finished, then it was lunch, then the art gallery (then the rare books collection -- which includes a Gutenburg bible on vellum and a Chaucer's Tales), and then sitting in the shade sketching before hitting Ye Gifte Shoppe (which is not what the name of the gift store actually is...) 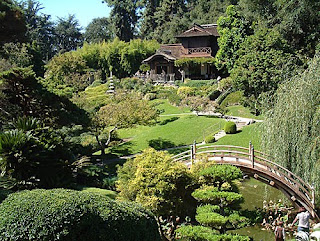 Hope to go back, perhaps in April when the roses should be in full bloom...