- December 29, 2010
This was a little something I made to send off to Jodie of everything vintage. This blog post has been on hold until I saw she got it and opened it. And then I had to get around to remembering to post it :) 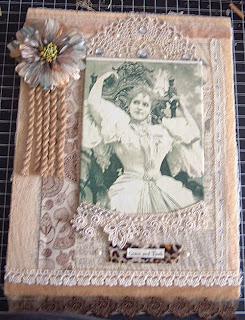 Yes, it's that Lillian Russell image from Mary of Green Paper again. My first attempt at making something for Jodie became this (and ended up as a gift for my sister-in-law for Christmas) and I decided those weren't really her colors, so I tried again. 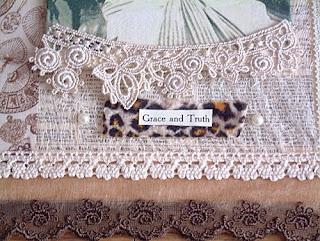 I played with a bunch of different titles but eventually came up with "Grace and Truth". I spent over an hour auditioning various pieces: buttons, pearls and what have you -- so much fun! 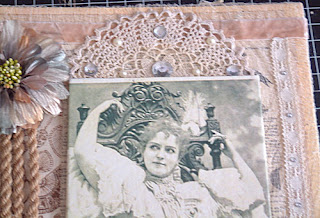 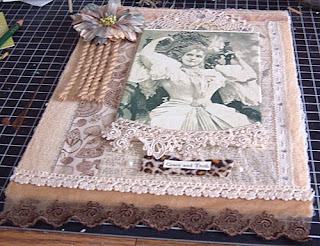 It's also the first piece I've made that I've signed. (Admittedly on the back). Jodie, I hope you liked it!