My trip to Munich

- December 10, 2010
I'm going to spread this out over a series of posts because there are too many photos for just one post.

I had a travel journal while I was there, a small Molekine. I ended up gluing pages back to back because the paper was so thin. (I also ended up tearing out most of the last signature). In retrospect, I should've found a chipboard book or something, in the round coaster shape, 'cause that would've been awesome. 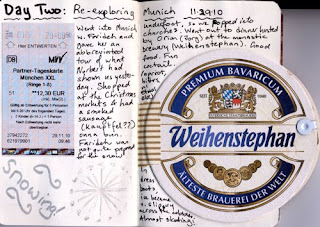 It snowed during our first night there, so we woke up to this. 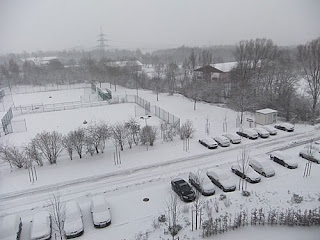 Our hotel was out in an industrial park, bordered by fields. It took over half an hour to get into the city centre by train. But I had huge fun in the 25 minute walk back to the hotel (not included in travel estimate above) with the snow coming down.

These are gargoyles in the New Town Hall in the center of Munich. 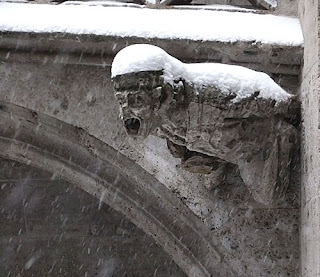 Just had to take a picture of the following one.... 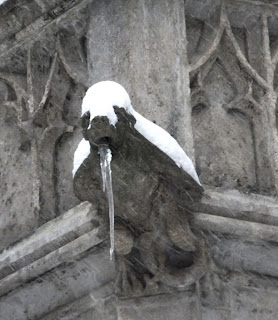 And good news! Jodie of everything vintage has opened her present from me, so I may be interrupting this Munich series to show what I made her. You can see it by the bed in her post today.
Munich