The Language of Love

- February 01, 2012
As an Australian living in the U.S., my use of certain words and phrase occasionally proves tricky when it comes to others understanding me. The way I pronounce words, the slang I grew up using can often throw an American for a loop. (Hopefully I’m not losing anybody now...) 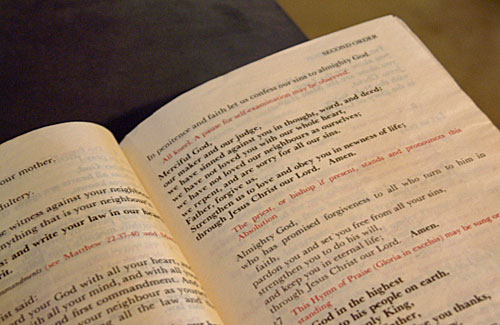 Christian Jargon May Not Be The Right Love Language
Because I know the Christian-doctrine-tradition language, and I know it well. (I work in a church and have spent most of my life in it.)
Other words create blocks.  We use shorthand to declare ourselves as God's: salvation, redemption, “sin washed white as snow” (from a favorite hymn of mine).  It’s a great language, but not for someone who doesn’t know their meaning, not for someone who in their heart of hearts believes that their sins are not washed clean.
Instead I want to unpack their meaning, what lies at the heart of why we say those things. Why it matters.
Scripture May Not Be The Right Love Language
Even using scripture can be a block to those I want to reach.
Certainly quoting 20 separate bible verses doesn't get your point across unless your goal is either to show off your scripture knowledge or that you know how to use a concordance (ruh-oh, church word!).
Dense Writing May Not be the Right Love Language
And honestly? Studies of how people read online show that your readers are likely to skim all those bible verses. They look for short paragraphs, sub-headings and bullet points. You’re probably not reading this now.
Heart-Language
But God’s language is the language of love, so I am not talking about abandoning scripture, or doctrine or church tradition. Illustrations are important. St. Paul knew that. In Acts, he talks in the synagogues using the Old Testament history of Abraham and Moses; and he uses Greek poets to talk to his non-Jewish listeners in Athens.
So here I go, using scripture. In the bible, in the first book of Kings, there is a story about a young boy who slept in the temple. He was an assistant to the old priest Eli and slept nearby to come to Eli’s aid if he was needed.
So when God calls out to Samuel, Samuel didn't know God spoke to him and goes to Eli. As in all good stories, this happens a couple of times before Eli realizes that God is calling Samuel.
There’s this neat line of scripture: “Now Samuel did not yet know the LORD: The word of the LORD had not yet been revealed to him.” (1 Samuel 3:7, follow the link to read the whole story )
Samuel doesn’t understand God’s love language, even though he’s the boy who sleeps in the temple. Without Eli’s assistance, Samuel would never have stopped to listen to God’s word.
It’s not up to me to  be God’s word, just to bring others to a place where they can hear what God has in His heart for them.
The language of love is the language of the heart.
My heart.
Your heart.
God’s heart.
Can you think of other love languages? Or other languages to avoid when reaching out to others who are not Christian?

I am linking this to Ann Voskamp's "Walk with Him Wednesdays".