“Where there is injury, pardon …”

- April 13, 2012
Today’s post in the Prayer of St. Francis series is by Christianne Squires. She is a trained spiritual director through the Audire School for Spiritual Direction and completed an MA in spiritual formation through Spring Arbor University. She is a writer who lives in Winter Park, FL, with her husband and their two cats. To learn more, visit her website.

“The kingdom of heaven is like a certain king who wanted to settle accounts with his servants. And when he had begun to settle accounts, one was brought to him who owed him ten thousand talents. But as he was not able to pay, his master commanded that he be sold, with his wife and children and all that he had, and that payment be made. The servant therefore fell down before him, saying ‘Master, have patience with me, and I will pay you all.’ Then the master of that servant was moved with compassion, released him, and forgave him the debt.
“But that servant went out and found one of his fellow servants who owed him a hundred denarii; and he laid hands on him and took him by the throat, saying, ‘Pay me what you owe!’ So his fellow servant fell down at his feet and begged him, saying, ‘Have patience with me, and I will pay you all.’ And he would not, but went and threw him into prison till he should pay the debt. So when his fellow servants saw what had been done, they were very grieved, and came and told their master all that had been done. Then his master, after he had called him, said to him, ‘You wicked servant! I forgave you all that debt because you begged me. Should you not also have had compassion on your fellow servant, just as I had pity on you?’ And his master was angry, and delivered him to the torturers until he should pay all that was due to him.
“So My heavenly Father also will do you if each of you, from his heart, does not forgive his brother his trespasses.”
—Matthew 18:23-35 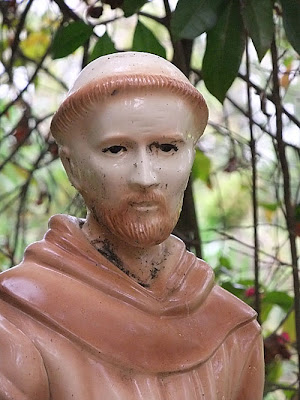 Here’s something I’ve learned about forgiveness: it is impossible if we are not in touch with our own need for it.
Several years back, there was someone in my life I needed to forgive. I had held on to unforgiveness for many years very intentionally. I kept asking God to teach me what it meant to forgive—really forgive—because I didn’t want to pay lip service to an offer of forgiveness if I didn’t really mean it.
In what seemed to be a completely unrelated course of events several years after I began praying to be taught how to forgive, I became interested in the study of nonviolence and peacemaking. This interest led me to commit a year of my life to studying the great peacemakers, and in the middle of that year’s commitment, I was able to dedicate unqualified time in the summer months to that study. So I loaded up my book list and set myself to it.
Except I didn’t get much studying done that summer. Instead, God seemed keen to show me my own heart—ways that I have, in the past or in the present, done violence to others through thought, word, or deed. One day in particular, I was led to set down in my journal a list of all the ways that I knew I had wronged others in my life. It was a long list—and a very unfinished one—but it accomplished what it needed to do. It got me in touch with the reality of my own sinfulness, which had been an abstract concept most of my life and which I knew had kept me from truly understanding my full need for grace.
It was a painfully revealing time.
At the end of that summer of study, I was thankful to have been able to write a letter to that person I’d needed to forgive and to truly, from the depth of my heart, be able to offer that forgiveness they had requested and that I knew they deserved from me. Not only that, but I was also led to ask their forgiveness, too, for ways that I’d brought harm to them.
It was such a freeing experience.
Through that summer experience of learning the depth of my own sin and need for forgiveness, I learned a number of things about forgiveness. But one of the things I learned is the importance of being in touch with our own personal need for it. It is then that perhaps we, as the servant in the story above, can learn to offer others who have wronged us the same forgiveness that has been granted to us.