20/20 hindsight of God's mercy and grace 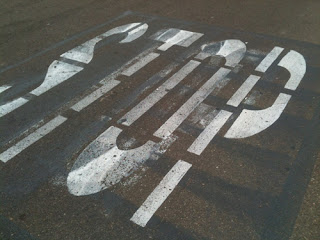 I am part of a group at my church taking the Bible in a Year challenge. This is not to boast about my being on track in my Bible reading (which incidentally I do via YouVersion which has reading plans).

The group checks in via email and the occasional in-person meeting and at our last check in, I was in Proverbs.

I whined about it, praising the Psalms in the same electronic breath:

Proverbs is just tedious.  I wonder if some wit wrote a version that was a mother's advice to her daughters ... too bad that didn't get in, although I expect it'd be just as tedious. But perhaps that at least would be amusing like the etiquette books of the Georgian/Regency/Victorian era...

At any rate, you'd think that a guy with all that wisdom like Solomon had, thanks to God giving it to him, would have actually paid attention to the words he spouted to his sons instead of marrying a gazillion wives, very few of whom (apparently), got the YHWH thing at all.   Unless of course it turns out Solomon wrote about as many proverbs as David wrote psalms...

I didn't mind the psalms so much. And anyway, I think they're beautiful poetry, so I'm pretty happy we're into the poetical books.

It wasn't until much later that I realized how judgmental and unforgiving of Solomon I'd been. And worse, how forgiving, merciful and loving God had been.

Hadn't I just read all that in Kings and Chronicles?

In Emily Freeman's "grace for the good girl", she talks about how we need to accept God's forgiveness and forgive ourselves so that we may forgive others. (You're probably figuring out around about now that I have great difficulty in fully forgiving myself and thus forgiving others. I'm workin' on it.)

God showed mercy again and again, even though Solomon and his descendants repeatedly forgot him and broke their covenant.

Just like I repeatedly forget God and rely on my own plans, focus on my own desires (junk food mainly), or rely solely on my own strength instead of asking for God's help.

For example, a couple of Sundays ago, I sang a duet in church during communion. It was a piece my husband had written, and I was singing the descant, which I'd only learnt that week.

All sorts of pressure: to please my husband, to sing it correctly, to support my duet partner, and perform well in front of the congregation.

Here's the thing: as I took a swig of water before we started the song, I silently asked God to be my voice and my breath.

But some time during the instrumental break, I had forgotten this and all my focus was on hitting those high notes through a tightened throat without squeaking.

Guess I'm still a work in progress on that count. Like  Solomon.

God's mercy and love is mine for the remembering. It's there for you too.

In what ways do you struggle with remembering God or with forgiving yourself?
grace for the good girl