How I gained patience through icon writing

- August 12, 2012
Ah, blogging. It was something I was quite prepared not to do last week (time of writing), because I was up to my neck in an icon writing workshop with Rev. Paige Blair at St. Peter's Episcopal, Del Mar.

But I have a lot of photos and thought it would better to get this started earlier in the week rather than later. (at least until something interesting comes on the Olympics.)

We wrote the icon of Jesus Pantocrater (King of the World, basically).  I'll get to patience in a minute. 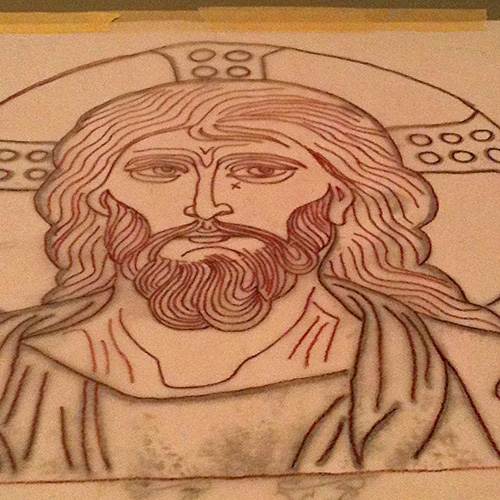 Tracing his hair felt like I was stroking it.

Each movement is a prayerful act, although truthfully, by the end of the second day, the prayer is more: "Lord, please let this be the layer of color that is the last!" or "Please Lord, don't let my hand be jiggled!"

Some images from the classroom and environs: 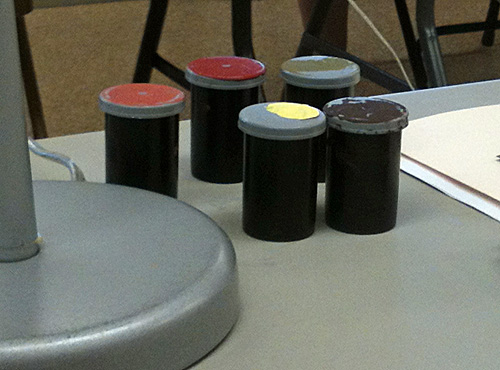 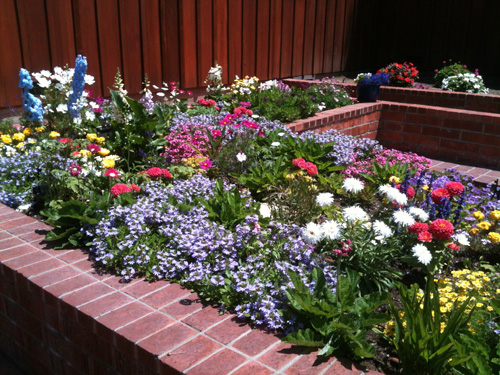 At the end of day three, the face was completed. So much prayer in this: with lots of fine lines, I breathed a prayer for each long line, for help when I forgot to shorten my strokes, and for patience and calm when frustration rose. I often stopped and said the Jesus Prayer, just breathing. 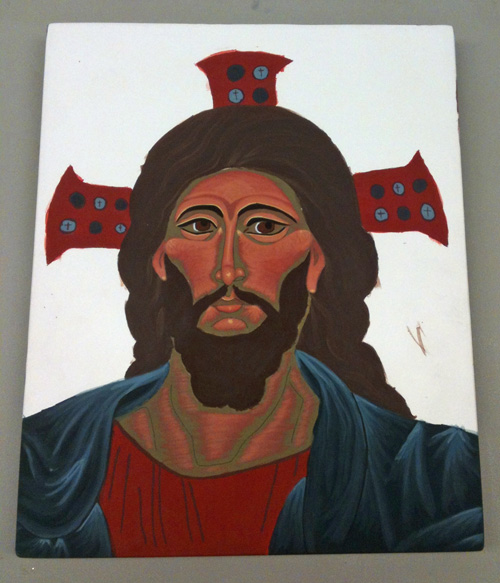 Each day brought a new thing to worry about (or pray over): the face, even though I knew acrylic can be easily fixed; laying down the gold leaf (because I'd only ever used little bits of it before and it was messy); putting in the halo, because compasses and I do not get along.

The face turned out okay. So did the beard: 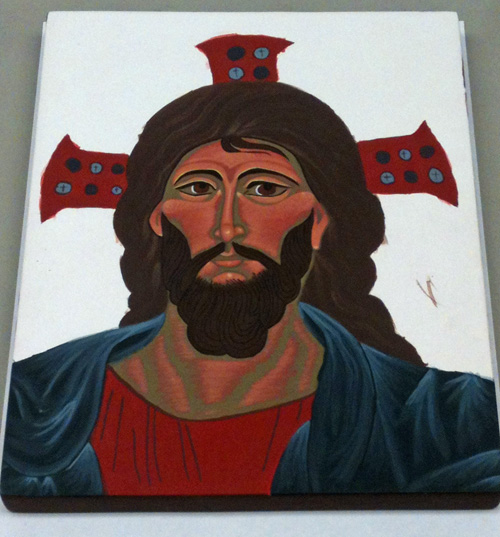 And the icon was utterly transformed by gold leaf: 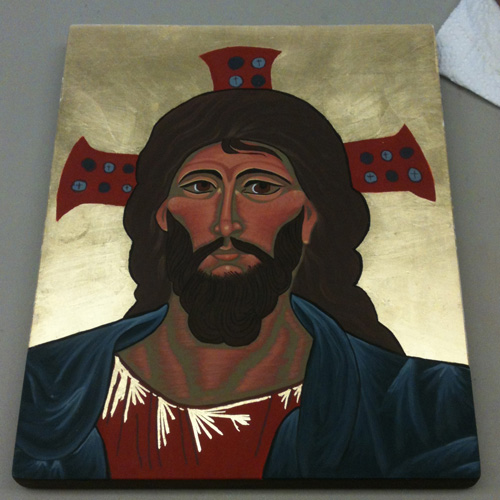 The last day began with me sitting down, ready to fix a couple more things and a "Hello, Jesus." I found myself just looking at him during the last couple of days.

On the last day: the halo, using a ruling pen and a compass. We had to do it one at a time, as there was only one compass large enough for the size of this halo.  With 10 people in the class that was a lot of waiting and being patient.

I killed time by tweaking the face and hiding the few carbon lines that remained, by sitting outside, and by sharing on Facebook that I was learning patience. *grin*

I was the only one in the class who chose to do one round of the halo, although I thought three was a good number. I stayed with one because it turned out so well (and why mess with a good thing), and because my icon is a little more subtle than some of the others.  There's a whole photo album on Facebook (don't know if the link will work or not) so you can hopefully see for yourself. For all of us doing the same icon, by the time we finished our faces, each became a little different.

The halo turned out okay too.

This is what I looked like after successfully getting the halo in:

But truthfully, I don't think it was my hand that did it, but God's. Just as I stood and prayed for a few who came before and after me, I am sure others prayed for me. One of my classmates has a picture of me with my hands pressed together in prayer and pressed to my lips, while another was laying in the gold.

I had to fill in the gaps between bits of the cross bars and the halo and when I'd gold leafed the background I'd managed to cover part of a corner. So I considered painting it out there, and wrote this in my notebook, while I considered it:


"extend top cross right where God gold covered it? (although if God covered it -- who am I to uncover?)"

And here's the icon freshly varnished. The gold seemed to sing as it was laid on.

Here is the icon at Good Sam after it was blessed: 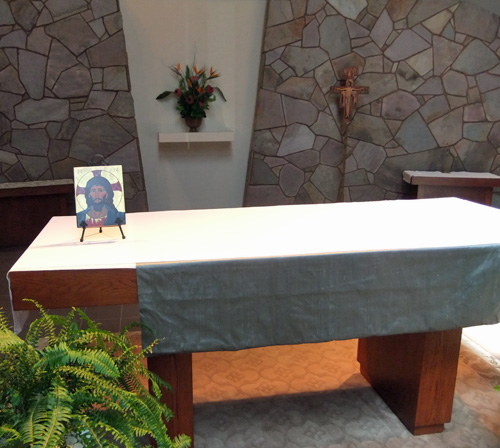 A final close up of the icon. 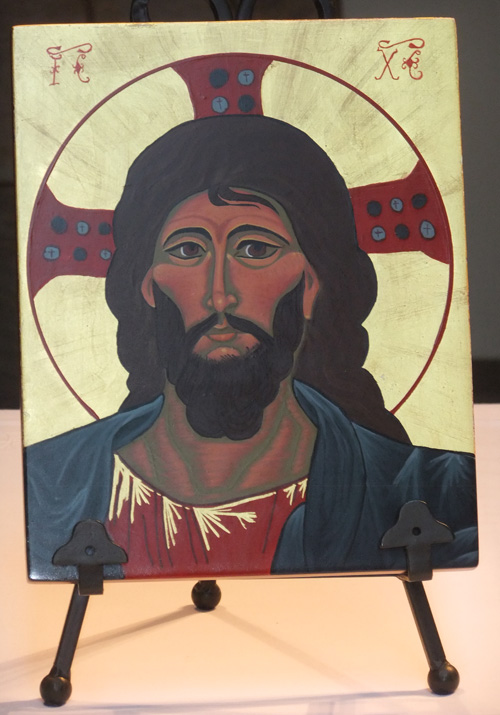 I plan to hang it on my wall of psalms above my altar, but I think I shall have to permanently adhere some pages to the wall first.

We're supposed to keep our first icon. And with good reason. It's an amazing God-experience: patience, forgiveness and transformation...

I think I'm ready to start my next one.

What are you working on?
art icon