Three Steps to Telling My Story

It started out as three words during a meditation while on retreat in October 2011. We'd been asked to either reflect on what our calling in life might be -- or to reflect on what it is, if we had one. At the time, I fell into the latter category.

"Tell your story." Those were the words, coming after I'd stopped writing fiction and had even finished mourning that the fiction I'd been writing since the age of eight was no longer for me.

I fought those words, not sure they came from God at all. (His other message that week was: "Be present.") Was it ego that wanted me back writing? I groaned at the thought of telling my story. The amount of vulnerability it would take. I really wasn't sure I wanted to go there. 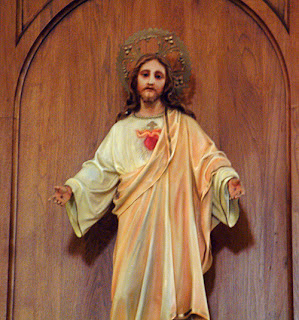 I was given the wisdom that I didn't have to spill all my guts in order to make an impact on someone who needed to hear God loved them.

I came home, shared with my boss (and priest), and we thought it might be telling my story could be part of my job at Good Sam ...

Nevertheless, I took December off from blogging to work out what it was I wanted this blog to be, and relaunched it with the idea of telling parts of my story, my daily walk in journeying with God.

I left my job at the end of June, having held the tension of being both employee and parishioner (church member) for too long. In discerning whether or not this was the right thing to do, or just a sign I needed a break/perspective readjustment, re-opened the opportunity to live into the call of last October more fully. To figure out what exactly God meant by telling my story.

And so, I've been discerning, and keeping myself busy. A little too busy, but I've worked out the balance of that now, I think.

God speaks through other people and I've been encouraged by words I have read online, many of those posts ending up in my God's Love Stories series. 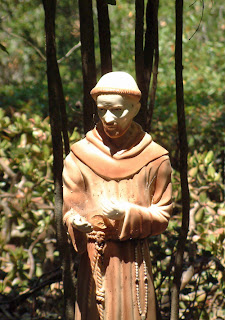 One of these was Jennifer Fulwiler's post on St. Francis. It was a re-post from two years ago, long before I started reading her blog.

While St. Francis was praying, he got the message: "Rebuild my church." St. Francis took him literally and rebuilt the church he was praying in .... but it turned out that God wanted him to reform the church -- and thus the Franciscan order came to be.

Maybe this is why I have an affinity for that St. Francis statue at the retreat house...

Perhaps all I need to do was start writing down my story and the rest of it would come later.

I shared this with my spiritual director and I honestly don't remember the result of that conversation.

By the time of the Labor Day long weekend, I began to feel like I wasn't hearing God at all. I had nothing for this blog except for two pre-written posts. Perhaps I was influenced by Christianne's Dark Night of the Soul series, or perhaps it was the mini-vacation and falling out of the routine of prayer...

I received a phone call. Could I come back in for another test? I was scheduled for two days later.

I prayed. This wasn't the first time I'd had to get further tests (and I hope you don't mind, but I don't want to get into the specifics.) At the time of initially writing this, I hadn't gone back in yet.

The idea came to me during the day of being kind to myself and steering clear of obsessive worry over something which I have no control -- is this God's clue by four? (as of old, when I wasn't a very good listener.) Is God telling me to get going on what he has asked me to do?

Or am I now reacting out of fear? Fear of -- well, let's not go there because I'll just spiral into a mess -- but ultimately, fear of failing God?

I wrote this the day before the test. The plan is to hold off on posting it until I've gotten the results and spoken to my spiritual director.

Second, my spiritual director advised that we can never 100% know if we've discerned something from God, and the way to figure it out, is to test it.

I guess kind of like St. Francis collecting rocks to rebuild the church.

So I've decided to start writing it down, off-line, for now, and doing some other work to support this.

Liz Lamoreux wrote in her email newsletter which came in the mail today about being real and being seen as your real self. To tell the stories about yourself that you only tell to a few trusted friends.

I am almost tempted to go back up a few paragraphs and give you specifics as to what God used, but something is holding me back and I think it's worth exploring what that something is. It's not Commonwealth politeness (when we Commonwealers get very very British).

But this something is a hurdle to overcome if I am to tell my story.

There are many more steps to telling my story, it appears.

Have you ever struggled with a calling?
listening to God my story