Let's Get this Party Started: Blogging the Lectionary

The gospel is another parable about the kingdom of heaven, which Jesus is sharing in the temple. It's the wedding feast for the king's son. Invitations go out and are ignored, or excuses are made, or the messengers are even killed. The king does some killing right back, and invites anyone his slaves can find in the streets, those who wouldn't normally get invitations, to the wedding feast instead. Then this poor guy shows up, without a wedding robe and is cast into the outermost darkness as a result.

And I'm thinking, geeze, God, have a heart. It's not like he had time to go buy something to wear.

I really dislike this gospel, not just because it seems so damn unfair, but because it has resulted in some pretty huge atrocities against Jews. Christians do love to take things out of context. It's very judgemental, and seems to be focused on who gets in and who doesn't.

So what does one do when one doesn't like a gospel reading? Dig deeper. 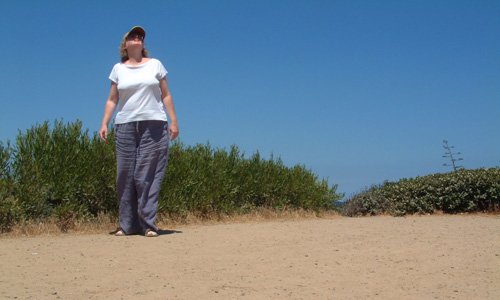 According to the Jewish Annotated New Testament (a great resource for the mindset at the time), clothing often represented righteousness in the New Testament. OK, so that tells me we shouldn't be taking this quite so literally. Plus, the gospel points out it's a parable, which means it's a way of telling a deeper truth about the kingdom of God.

But is the deeper truth God slam dunking unprepared guests who arrive at the kingdom of God?

No. The deeper truth is not about what God does, but about what we do in response to God's invitation. I can't be alone in making my excuses not to participate in God's kingdom, or of choosing the busyness of work (or Pinterest) instead of enjoying the presence of God.

And "enjoying" is the key here.

This man without a wedding robe has turned up, but is not rejoicing in the wedding banquet.  As it says in Sunday's selection of Philippians:


"Rejoice in the Lord always, again I will say, Rejoice. Let your gentleness be known to everyone." (Philippians 4:4-5)

The no-wedding-robe guy has arrived, but is not participating in the kingdom of God. He's not even happy to be there. In a sense, he's already in outer darkness.

The invitation to God's kingdom is extended to us all. Our response is to show up and rejoice in the Lord's presence.
lectionary