- June 11, 2015
OK, so I have been somewhat distracted by this little, year-long class called Life Book 2015. I haven't had time to reflect on the week's Gospel passages or, well, anything beyond the occasional link of other people's content because I have been making art, and making it a habit.

And I confess that I have also been hooked on TV shows like Game of Thrones, Scandal and Ripper Street. I love how Shona Rimes speaks to the issues of the day

The best thing about Life Book 2015 for me has not just been learning new ways to draw faces, which was my main reason, but it has made art a habit. It was something I did maybe once a month, now it's almost every week, and if I can't make it to my art room, I am thinking about it.

I wanted to share my version of last week's lesson. It was taught by Tamara Laporte. It was the second male face I've drawn. I stuck pretty close to Tam's example: it's her composition, her method, her template for drawing a male face, her way of making backgrounds. I drew this, and I didn't love it and there was a new lesson coming in so I let it rest. 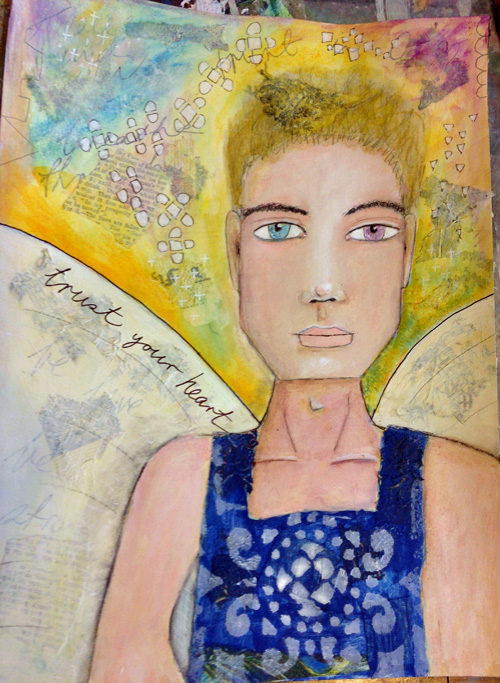 For all of 24 hours. I've decided to share the process with you.

I decided to fix the too boxy jaw, the weird lips. (I still haven't quite figured out how to do lips right yet.) I put white gesso over the top. 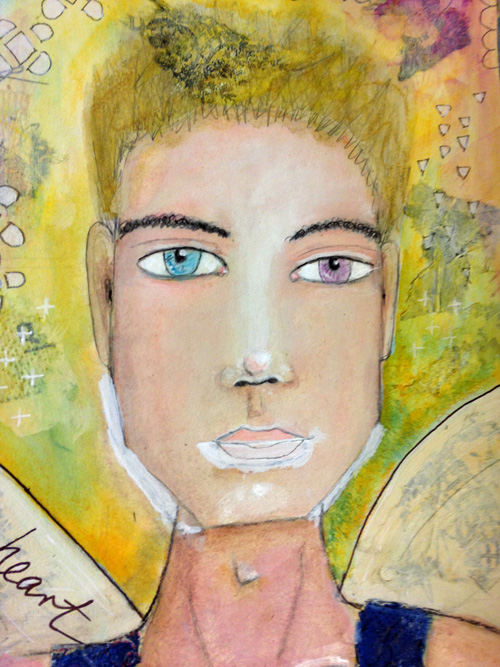 And then I realized that the blue of his overalls (that's what they were supposed to be) was a whole new color that didn't match anything else. 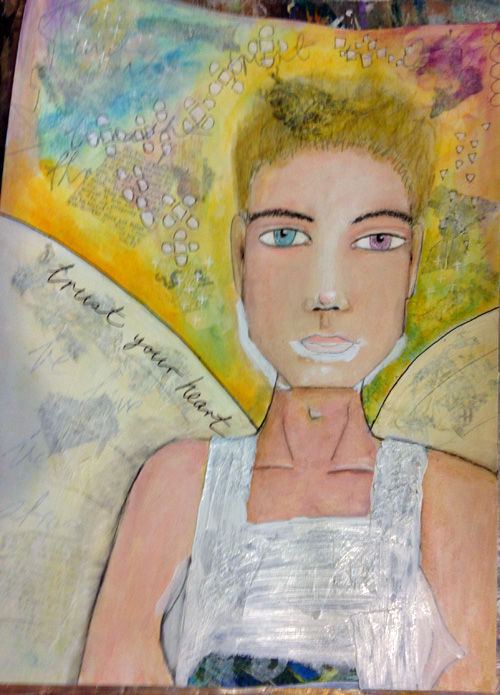 So I fixed the face, which required a lot of patience because it kept wanting to go down to the white and gave the overalls a different color. I darkened the eyes 'cause they felt a bit flat. 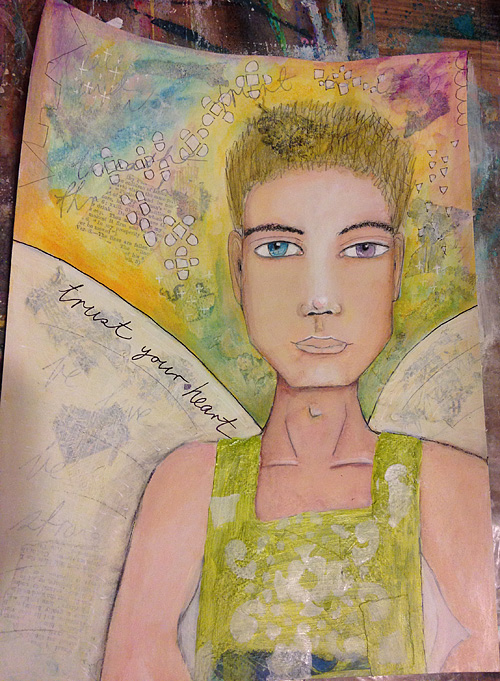 It's still Tam's composition, background, etc but I am happy with it now. Well, except for those lips, but I just need to spend some time practicing drawing nothing else.

It's halfway through the year for Life Book 2015, but you can still sign up and join because everything is downloadable and yours to keep. So you can go at your own pace. I haven't done all the lessons yet. I was supposed to catch up -- but found myself doing this instead.