- September 13, 2015
I am experimenting with watermarks on the images in this post. Mainly because I don't want them passed off as somebody else's work.

So, the lesson last week in LifeBook was called "Finding Strength", presented by Donna Downey, and named after the stencil of hers that she used in the class. I was tempted to follow Tam's additional sketching instructions to create something similar, but in the end went in a completely different direction.

I thought to myself, what does "finding strength" mean to me...

It started with this sketch of a sweet face. 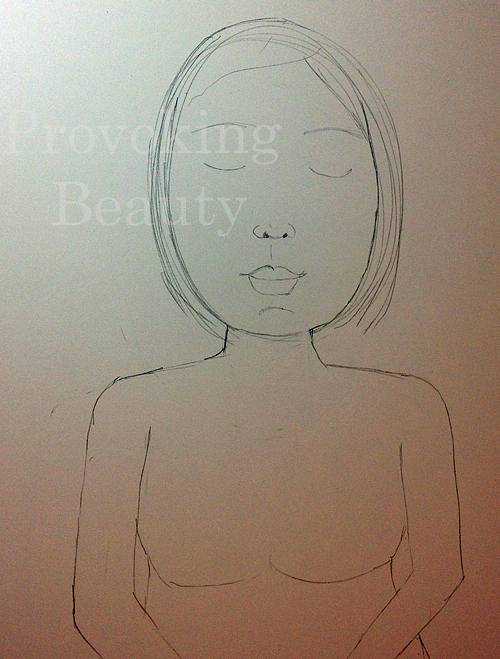 And then I thought I would put in shadows and a bit of color and saw what I did, freaked out and gessoed over it. (I should have taken a picture of it in all its hideousness.) 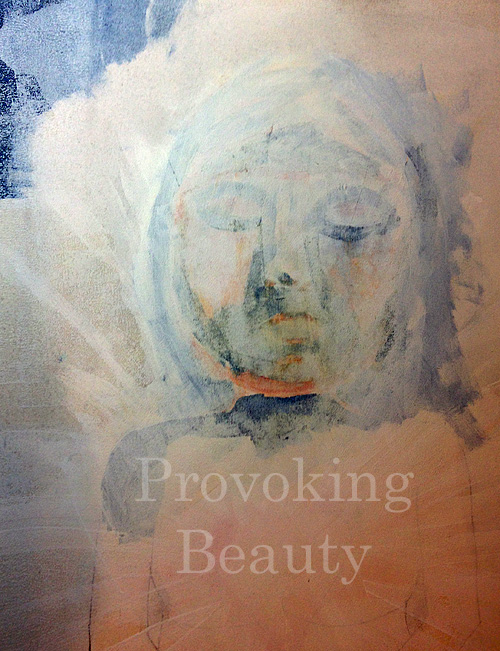 And sketched the face in again, a little bit different (the mouth is a little off-center I just noticed). 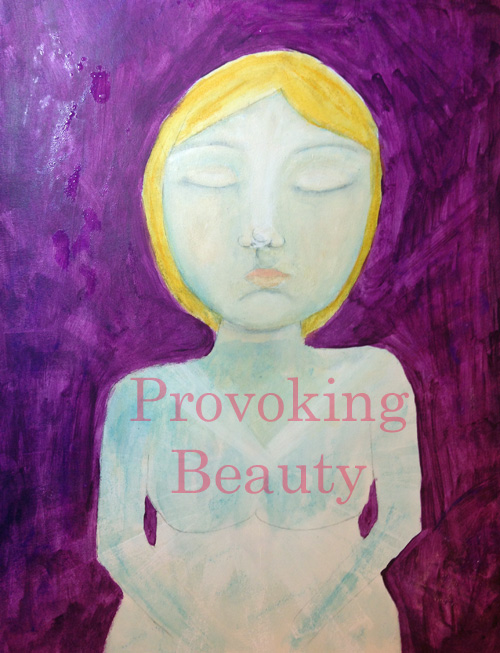 Also, in my art room I have a bit of an ant problem. Well, we're having a problem in the whole house, and large number of them have died in our freezer this morning. But in my art room its a few stray ants who seem to be interested in my water jar and seeing what else I have. The way they react to wet paint is really interesting. It's like they rear back and go "what on earth is that?!"

Here's the final. The rays of strength coming from her heart are tinted with iridescent violet paint from Golden. I should probably smudge some on her eyelids too but the iridescent doesn't photograph well. 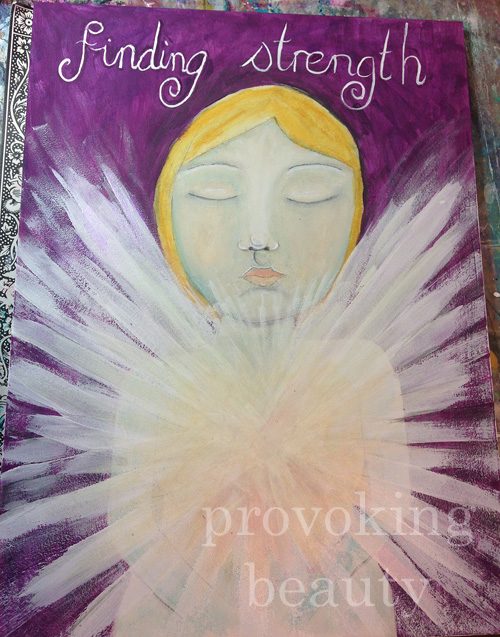 LifeBook 2016 is opening registration soon. You can join in the blog hop party and maybe win yourself a free seat in next year's class.
art lifebook2015