How We Can End Violence 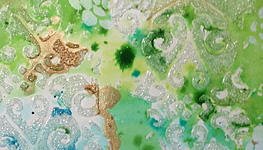 It's been a horrible few weeks in America. There seems to be some sort of madness infecting the population: fear, hatred, anger.

And let's be honest, we've all felt one or more of those things in the past month, whether it's anger at our government for failing to implement protective measures for its citizenry (come on, not even a little gun control?!), fear of being hurt, dispossessed, rendered voiceless, etc.

If you took a good look at yourself, you've probably at least reacted to something in fear, or anger, or frustration. I know I have. It's part of being human. But as a nation, we are out of balance. We are letting our darker natures get the better of us.

After each police-caused death of an African-American, we cry out for anti-bias training in the police forces as part of the reform.

Yes, but where do police officers come from? From our towns, from our churches, our temples and our mosques, from our friends, and from our families. Where do you think they learn this bias? All of the above, plus the media.

So if I were President of the United States (and I won't ever be because I wasn't born here), this is what I would do:

Train the teachers, the preschoolers, the college students, every person in the workforce, in every religious center and sanctuary, every retired person, every senior citizen's center.

And, the training has to be taken every two or three years, once you pass the first course. Just as you would renew your First AID, CPR or Safeguarding God's People.

You could take it in any language spoken in the world, even Klingon.

And you would have to. It would be part of you or a company receiving tax deductions, or a discount on your healthcare plan, or both.

It could expand to include non-violent communication, for example, or other ways we can become a better, stabler, nation.

Facebook has a training program already in place. The ADL (Anti-Defamation League) already has a curriculum for educators and children from pre-K to high school.

We can do this.

We can stop hatred.

We can stop fear.

We can be a better nation.

But it won't happen if I just sit here and write this blog post and do nothing else. It would take a campaign of writing to our State and Federal representatives, of talking about this with our friends and in our wider communities.

Am I crazy? Or could this actually work? Are you in with me?
#hopeforpeace anti-bias