What I Learned This Winter 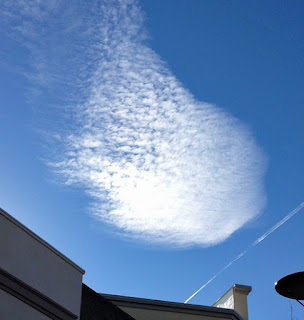 When I meet with my spiritual director, the first question he asks me are: what are the fruits?

Sabbath is so important. I've just started disconnecting from Facebook on Sundays. I figure POTUS will tweet or sign an executive order whether or not I am there to witness it and share my outrage. So far, it has been sanity-giving. I've been considering extending it to Saturdays for Lent. (Although I've already been on Facebook this morning, oops.)

Meditating. This month's prompt as part of one little word was to take on a daily practice. I figured that my initial idea of praying through frustration and anger would be a much needed daily practice but it has come down to a simpler (and yet difficult) practice: closing my eyes and breathing and observing thoughts and feelings rather than chasing them down the rabbit hole.

Watercolor. After completing the Ever After course run by Tamara LaPorte, I determined that watercolor is all very well but not for me. Three of my last four paintings in my art journal have been predominantly watercolor. So, um, so much for that decision. I have fallen in love with Daniel Smith's Moonglow in particular.

Raincoats. It turns out that raincoats only last about 25 years before they completely lose their water resistantness. I found this out during the last batch of heavy rains that hit Southern California. Thank goodness I also had an umbrella. A new raincoat is on the way.

House-cleaning. I now know how to clean under our sofa. Throw a ball under it. Turns out Miles-the-dog can wriggle into and out of some tight places. I nearly fell over laughing.

Quote of the Quarter: "Every act of hatred should be met with an act of love and unity." (from an article by the Southern Poverty Law Center)

linking up with Emily's "What I Learned This Winter" at "chatting with the sky"
what I learned...