The Lectionary Says There's No Place for Racism 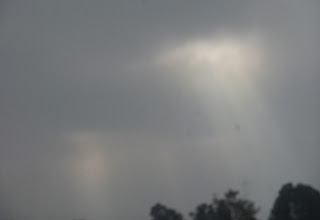 For the Bible tells us so--especially in this week's lectionary passages, which are so perfect for a response to the burst pustule that is the shame of this country. We cannot let shame win. We have let it win in this country -- and in my country of birth (Australia) -- for far too long.

I knew, early on, that I didn't want to be racist, bigoted or a misogynist, but I lacked the bravery to speak out against it and for that I am deeply sorry. In recent anti-immigrant conversations, I shone a light on the inherent racism of it, telling people that I am an immigrant, I have been through the system, but is it okay that I am an immigrant because I'm a safe white lady?

Can someone be racist and not at the exact same time?

There is no place for white supremacy, anti-Semitism, and Nazism in this world. The Bible tells us so. Through the words of Isaiah, Paul, and the unnamed Caananite woman, we are shown what God wants for this world and reading those words gave me hope. May you find the same hope there also.

The prophet Isaiah is clear in showing how such sins don't belong in God's vision of the world. Read Isaiah 56:1, 6-8: "Thus says the Lord: maintain justice, and do what is right, for soon my salvation will come, and my deliverance be revealed. ... And the foreigners who join themselves to the Lord, to minister to him, to love the name of the Lord, and to be his servants, all who keep the sabbath, and do not profane it, and hold fast my covenant--these I will bring to my holy mountain, and make them joyful in my house of prayer; their burnt offerings and their sacrifices will be accepted on my altar; for my house shall be called a house of prayer for all peoples. Thus says the Lord God, who gathers the outcasts of Israel, I will gather others to them besides those already gathered."

God is welcoming of all who do what is right, they don't even have to make their sacrifices in the same way as the Israelites, so long as they do not profane the sabbath and keep God's covenant. That's a pretty broad welcome from a time when tribalism and kingdoms were the norm.

In Romans, Paul is explicit that there is no place for anti-Semitism among followers of Christ, not then, not now. His "By no means!" is emphatic. The lectionary skips the sweep of his final argument but the crux is this: the "gifts and the calling of God are irrevocable". (Romans 11:29) God doesn't take back his love or faithfulness to the Israelites. Not ever. The people of Israel are still in God's belovedness. That they don't follow Jesus Christ does not change this one tiny small iota. By no means!

Paul and the New Testament has been used to fan the flames of anti-Semitism but it's past time that this should stop. There are problematic passages throughout. The Gospel of John in particular, as beautiful as it is in other sections, can be read as condemning Jews. If you look at the context of the gospel, it's a Christian community trying to differentiate itself from the Jewish community and such things are never easy or kind. And there is no excuse for such vilification to happen. Paul is very clear on that.

Even in the gospel, Jesus defiles another by his own words right after telling the disciples that one defiles by mouth that comes from the heart. Yet the persistent Canaanite woman shows that what has come out of Jesus' mouth by calling her "a dog" does not mean she is exempt from God's all encompassing love and mercy. Jesus realizes it and her daughter is healed. The Canaanite woman's faith in God changes her daughter's life.

This hope, this faith, in God's promises to bring all nations together to live in a just world where we respect the dignity of each other and do not hold power over another is the dream we can hold onto in these dark times, and it's the dream we can work toward because we are an active part of making this a reality.

The first verse in Isaiah 51 tells us to guard justice (one of the meanings of the Hebrew word translated in the NRSV as "maintain" is to guard, protect), and as Karoline Lewis put it in the Working Preacher podcast: maintaining takes work. Creating a world of loving-kindness is going to take work and it will be hard work.

It will be hard work as we reform the law and practices of this country and eventually, even harder work as we move toward reconciliation, something that has never happened in this country, not after the Civil War and not after the successes of the Civil Rights movement. We can't heal until we make things right. This is not the time for reconciliation, but it is ahead of us if we wish to avoid making the same mistakes again and again.

First, we have to make white supremacy, anti-Semitism and Nazism totally unacceptable to all. As they should be.

We are not in this alone. God is with us. At the "Stand Up to Hate" ADL (Anti-Defamation League) rally I attended on Tuesday, one of the rabbis shared how one of the most radical and audacious prayers in the siddur (Jewish prayerbook) had helped her process the events in Charlottesville and the responses to it. Oseh shalom bimromav ... "May the One who makes peace in the high heavens make peace for us, for all Israel and all who inhabit the earth. Amen." She said: "The prayer cries out and demands of God that God create abundant peace and that God do so NOW. Not because we deserve it, not because we've earned it but simply because God is capable and the world needs it, so it must be done."

At the same rally, we sang this beautiful song "olam chesed yibaneh", a world (olam) built (yibaneh) with loving-kindness (chesed, which can also be translated as steadfast love).

The English lyrics are:

It takes all of us, you see, each doing our bit.

The song is beautiful and heart-breaking, but I have hope and faith that we will build this world from the ground of love, and that love is ultimately going to get us through.