Showing posts from October, 2017
Show all

What I Learned Over The High Holy Days 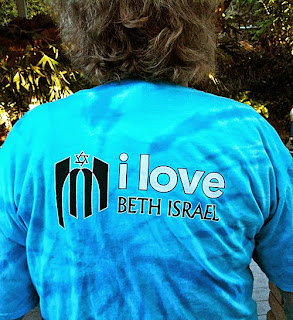 It's been a while since I've written. We can blame it on the insane amount of preparation and effort that goes into the High Holy Days. (And of course, then I wrote this and it sat on my iPhone for a week.) But even though I am working during Rosh Hashanah and Yom Kippur services, so often I end up worshipping. This year, I discovered that singing the Misheberach, the song I prayed through the night while my father was dying, brings back all the emotion of that night. Even though we sang it multiple times, I still remembered that night and choked up. [Note: I wrote that post while still home in Australia and it needed some serious editing, so I think it is more readable now.] The other thing I learned was the meaning behind the shofar calls. Hearing the shofar (a ram's horn) is one of my favorite moments, especially the last note. One of the rabbis shared that according to 17th century Rabbi Isaiah Horowitz,  "each group of sounds begins with a
Post a Comment
Read more
More posts