- March 26, 2018
Sharon Harkness-Dobler's lesson for LifeBook 2018 was the inspiration for this week's portrait. The bright colors are inspired from that. I reached for Golden fluorescent orange and pink for the second layer.

The first layer was the fluid acrylic quidacridone nickel azo gold blotted off from paper towels and a bit of left over paint. 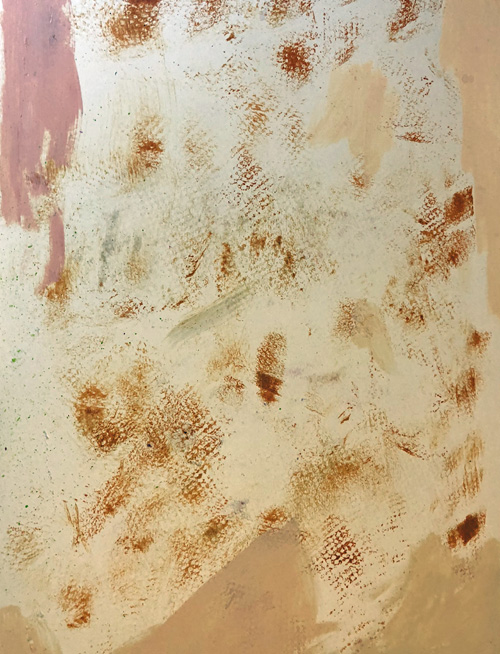 Then the fluorescents with a palette knife. 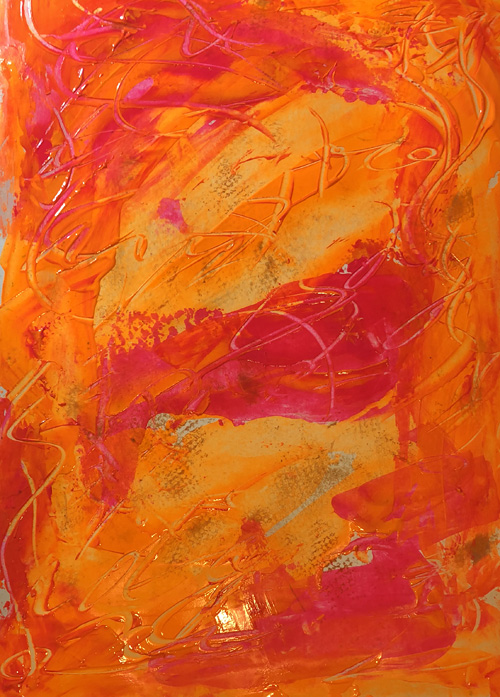 Then my favorite teal, some pastels and gelatos. I also used inkredible ink for scribbles and then changed my mind and rubbed off as much as possible of that. The image below you might just be able to make out the sketch. 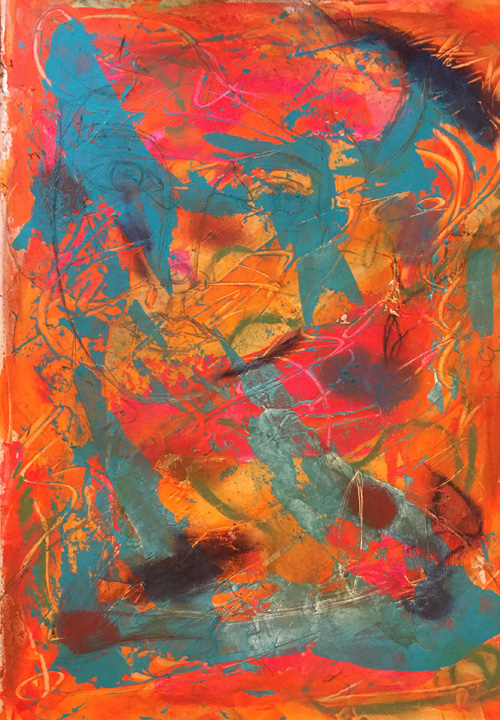 To keep everything in the same palette -- well, I was already using teal blue, but I added in the fluorescent orange and pink to the already existing flesh tones that I made for the previous portrait. As I still had number 16's reference photo out, I used it again for the shadows and light.

Alas, when I scanned in the finished portrait, it refused to pick up any of the fluorescent colors at all, I mean, take a look at these two, side by side. One is a scan, one is a photo taken using my iPhone. 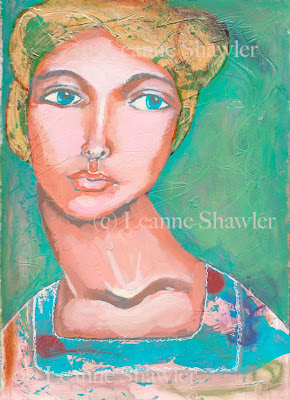 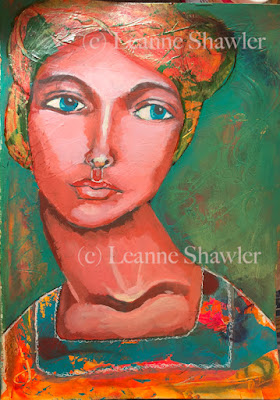 Some scanners just don't pick up sparkle or fluorescents, so I may need to upgrade to a scanner that does. If such a scanner exists. Meantime, I've tossed out the concept sketch for the next portrait and have come up with a better one.

On Saturday, I went to an ArtSnacks pop-up in Los Angeles and drew a face, painted with limited watercolor/dye markers. I shared it on Instagram. It needs a lot more work. So it might become the one after next. It's weird, having multiple portraits on the go.
#52portraits52weeks