- April 29, 2018
I don't remember how I stumbled across her, perhaps through Pinterest or something, but it was the story of Jaguarina, the nineteenth century swordswoman, who attracted me as a potential portrait. (Which shouldn't surprise anyone who knows me.) She went practically undefeated. This link recounts one of her duels. There are pictures of her in her late nineteenth century garb, and this one, in plate armor with her hair looking cropped (but surely pulled back into a tight bun). 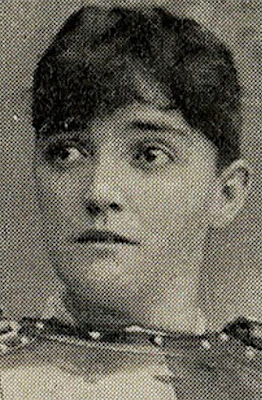 And so, using the palette left over from last week, I got started. It starts with some leftover paint from a couple of portraits ago, which got a bit tricky as I went over the darker values, and I had to switch to a cream Posca paint pen to see the lines. I should have done so with the chin also, because then I would have realized that her face was too long, but oh well... 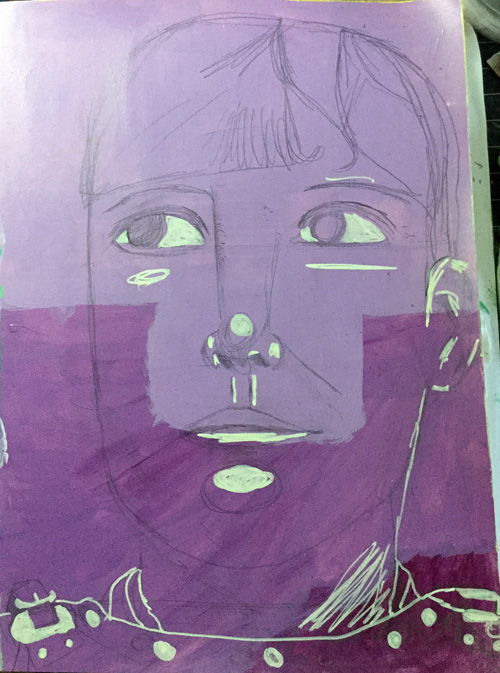 I rather like the innocent look of this sketch, it echoes her rather plaintive expression in the original, but then I went and added the first layers of paint. 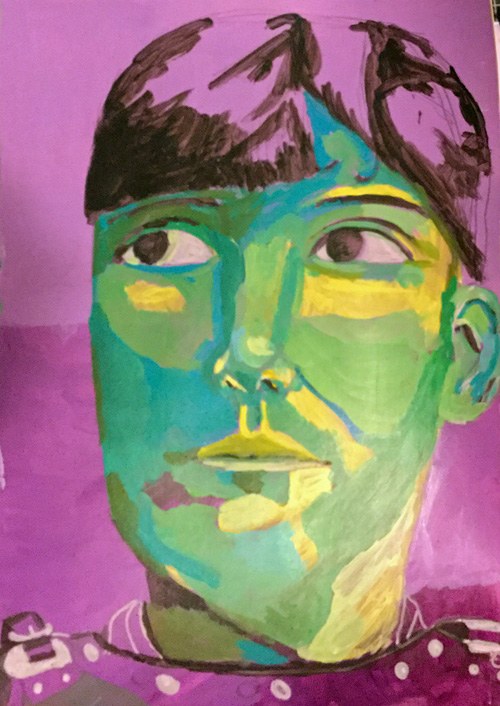 More layers... I think the background purples are changing hues from the "Smart Fix" in PhotoShop. It is closer to the colors below, I think. 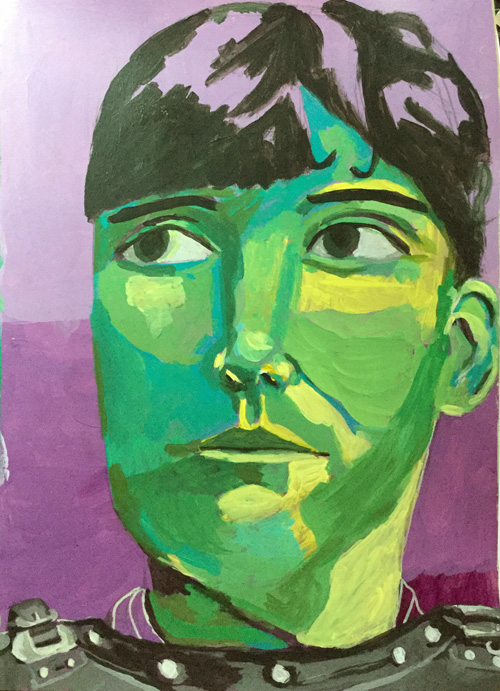 She needs more highlights and less all middle tone. I realized her face had sort of shifted too far to the left, so I had to narrow the face down, and one eye was a smidge too large. And here she is, a little wistful, but less plaintive, I think, than the reference photo. 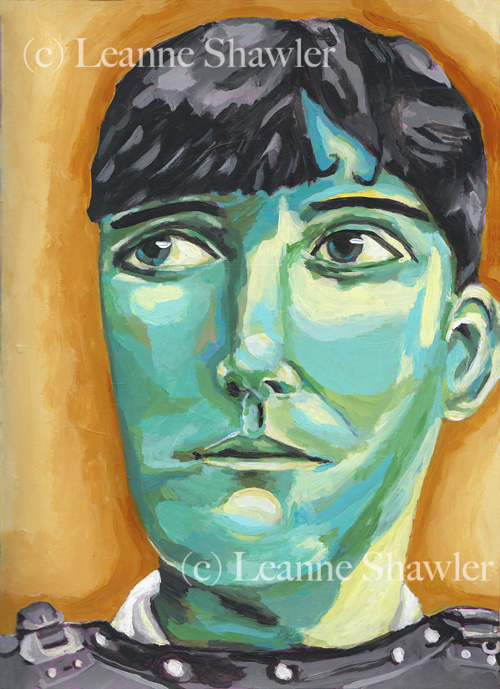 Is it me, or am I running out of space to fit a face in? They seem to be getting bigger.

Three more portraits and I'm officially halfway. Can you believe it?