- May 07, 2018
I started this portrait while at the ArtSnacks pop up art party in Los Angeles in March, using a circle of rough, handmade watercolor paper, and the few materials we had to hand.

I glued it in with heavy matte gel and let it dry. I thought to loosen up, I would use a method I learned during LifeBook 2016 from Effy Wild and Tamara Laporte. It's using various prompts drawn at random. 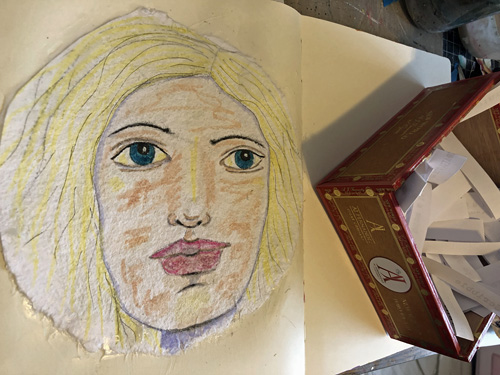 The first prompt was very simple. Use a smudgeable pencil. 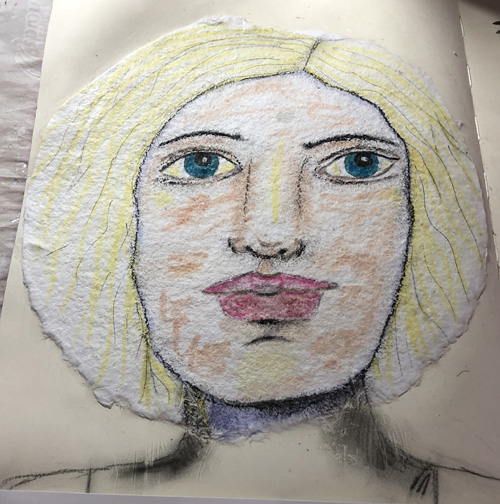 After several prompts, I had a background. I worked on the face also in watercolor and acrylic leftover the previous two paintings. 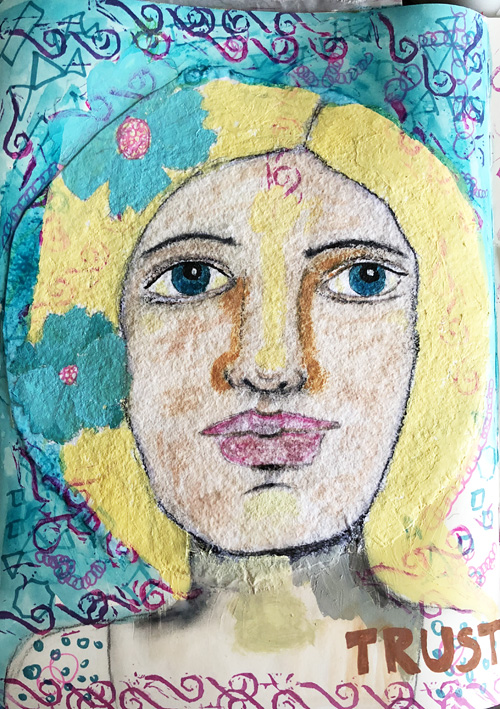 And then it got really ugly as I persisted in using what was left on my watercolor palette. 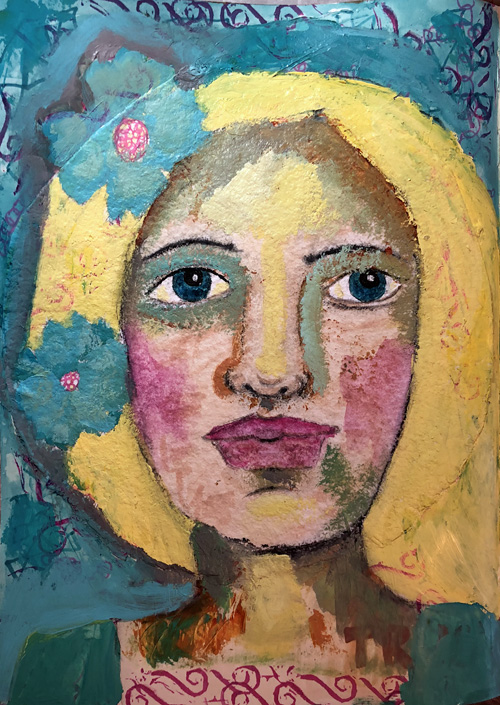 But this is where it really gets cool -- and I totally abandoned the prompts idea. I didn't like the ridge of where the thick watercolor paper met the journal page, so I used light molding paste through a stencil. Unfortunately, I used the stencil backward before I realized it, so I might end up flipping this and using the mirror image, except I did use it the right way around later on.

So the cool thing. I chose Atelier Interactive Toning Grey Pinkish acrylic paint and discovered it floated over the darks I had made with the greens and blues. With it and some Titanium White Fluid Acrylic, I found her face. I might be on to something...

Her nose is a bit on the large side, and her eyes could do with some more work honestly. She is slightly less brighter in real life than in the picture below, but not by much. 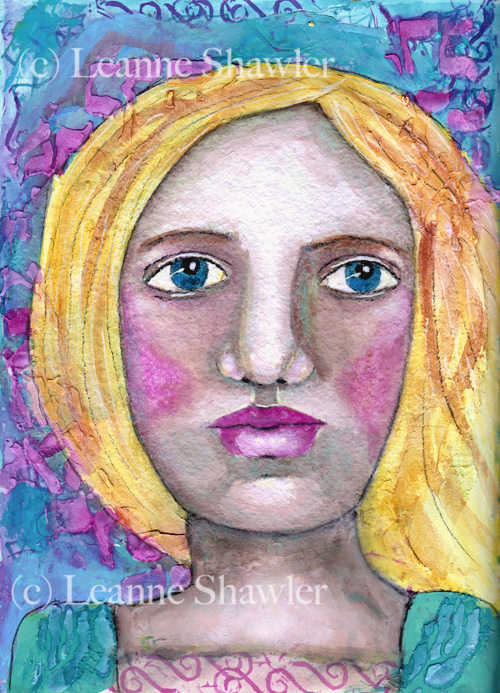 So I didn't explain why I called this "Trust". Well, first and most obviously, if one is going to pull random prompts out of a box, one has to trust that it will all turn out okay. I had to trust that the green and blue shadows would work out, that this sketch would actually turn into something that's finished. It's all about trusting in the process, trusting in experimentation, trusting in playing.