- September 10, 2018
This piece was inspired by an essay "echoes of the same" in the collection of the same name by Nicki Salcedo. I met Nicki at an Atlanta Romance Writers conference many years ago (wow, that makes us both sound ancient so maybe not that long ago), before I was published in romance. She was sweet and kind and encouraging. She was inclusive and hospitable to someone who had come from San Diego, and being introverted, I remember hiding out in my room a lot. I've admired and followed her ever since, but only recently read "echoes of the same". (I highly recommend it.)

Her essay really struck me -- which is probably a sign that I should be diversifying my reading outside of SF/Fantasy and theology a bit more -- and an image came into my mind that I knew I had to paint.

Here's the quote this portrait is inspired by:


"Our palms, if raised, look the same. All of us with lines that tell the future. Lines from where we make a fist. Those palms used to be a symbol of victory, rejoicing, and triumph. Now they mean surrender. Now they mean stop." - "echoes of the same", Nicki Salcedo

This is, I think, a study, and I may eventually do a larger painting.

Using a reference image from unsplash.com, I sketched a face in my notebook. 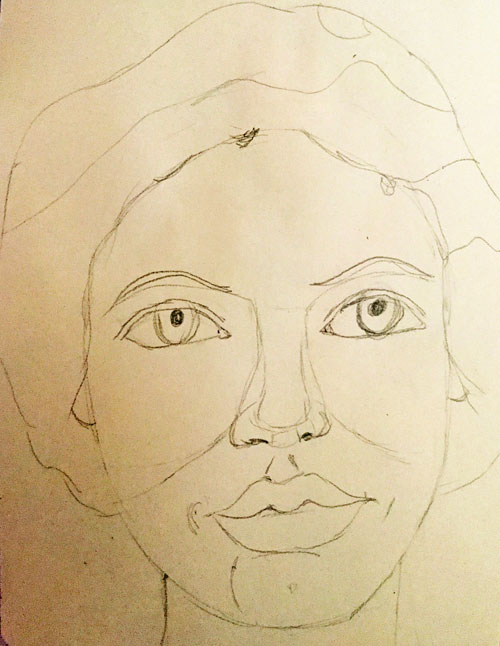 I went back to the Arteza paints because there seemed to be a nice selection of browns, but alas when I added white, the siennas turned pink, which is another reason to redo this painting on canvas. 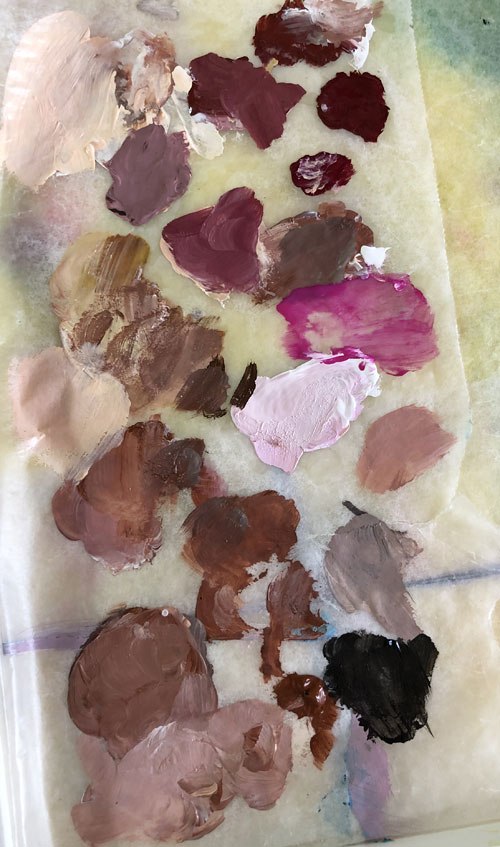 I made a stamp, of hands, although I was a bit hasty with a couple of cuts. 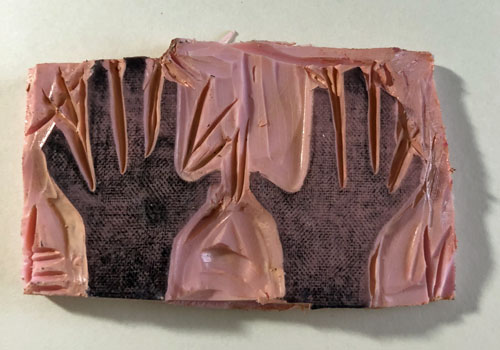 And here is the final portrait: "Our palms are the same". 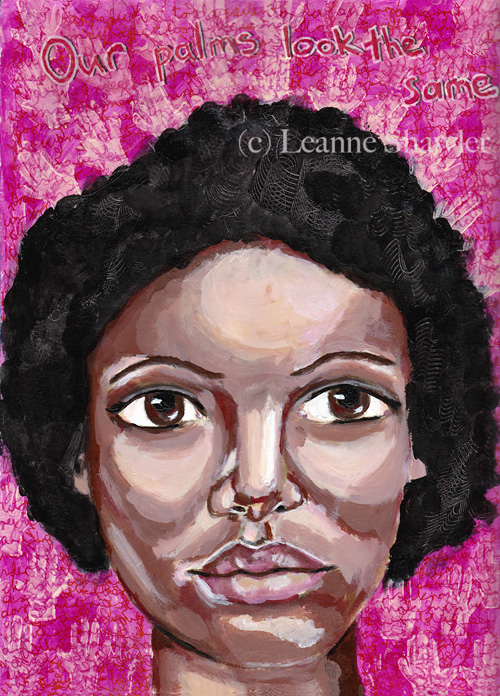