- October 01, 2018
OK I am going to be upfront honest. This one isn't exactly finished, but the rest of the painting is not a portrait so I'll be working on it between the other two.

I stumbled across a theory that Mary of Magdala was a nickname, like Peter the Rock. She was Mary the Tower. However, there is much disagreement on this. Not that it matters because inspiration had well and truly struck.

This one is not in my journal but on canvas. I used a Lyra pencil to sketch in the face using a reference image from unsplash. 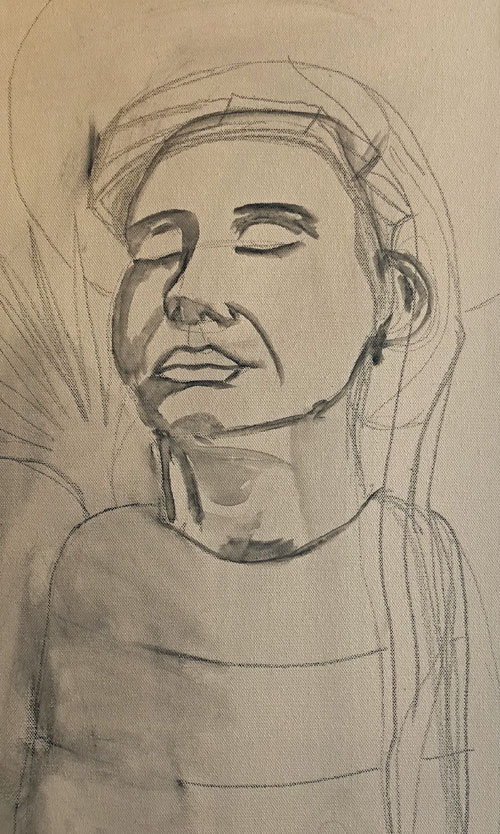 As you can see, using the Lyra pencil I was able to start to do some shading. Then using the leftover paint from portrait number 44, I put down some first layers. 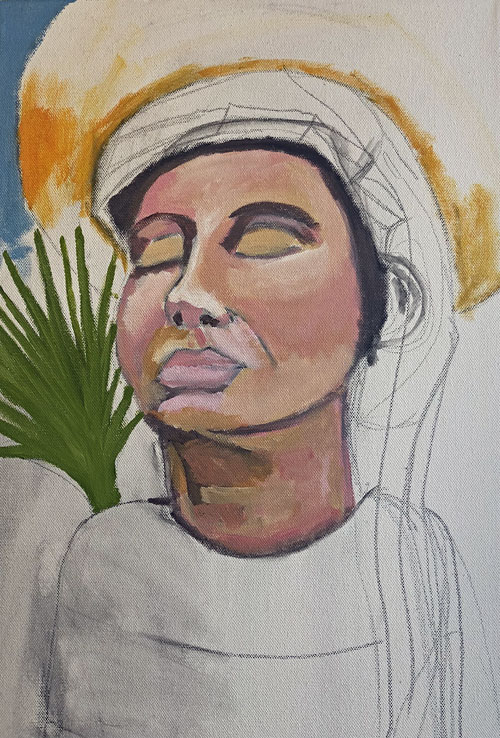 But I didn't like her eyes being closed. Mary of Magdala had her eyes opened at the tomb and preached the good news. She was the apostle to the apostles. I painted additional layers,  using shades of raw sienna and burnt sienna. So, I used a reference photo that I had taken for placement of the eyes. I painted her halo red oxide. The palm is a reminder of the festal day Jesus entered Jerusalem. She was there and witnessed this. 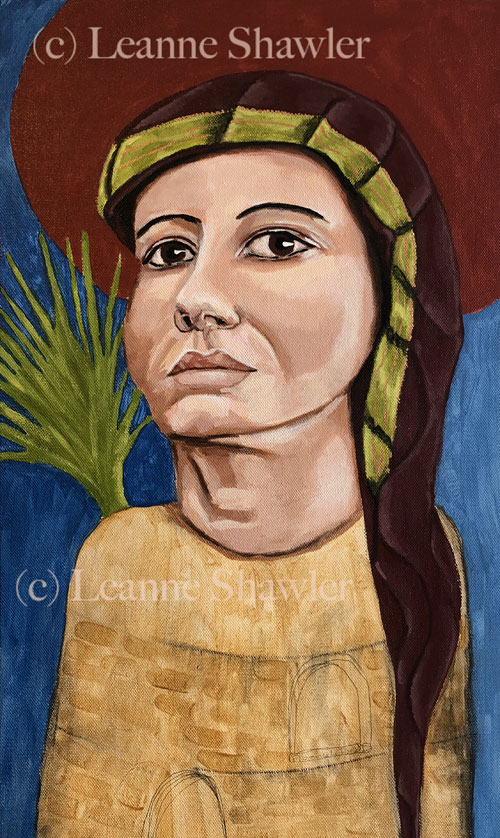 Her dress is the tower, her nickname, and it extends quite far from what you see here. (And yes, an excess of Lyra pencil got in the way by the end of her scarf. Her red oxide halo will eventually be copper-leafed, rather than gold, or maybe I'll change my mind and make it gold after all. Time will tell. I am leaving it until last so that it will be quickly varnished rather than oxidizing to the air.
#52portraits52weeks