Well, I was intending the next portrait to be Saint Gobnait (Irish patron saint of bees) but she ended up here instead, even though this was just meant to be playing with Jane Davenport's new paint. 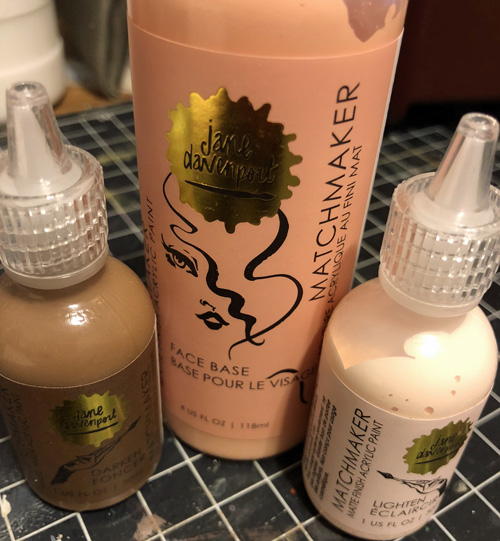 It's called Matchmaker paint and starts with a base color (in the middle) and darkening and lightening paint (I'm sure you can figure out which is which). In a video demonstration (you can find it on YouTube) she showed how she uses this as a base color for a face and then used her other products to provide shadows and highlights. As an aside, she mentioned you could mix the three colors to create the shadows and lights as well. Right, I thought, let's give that a go.

I started with a sketch. 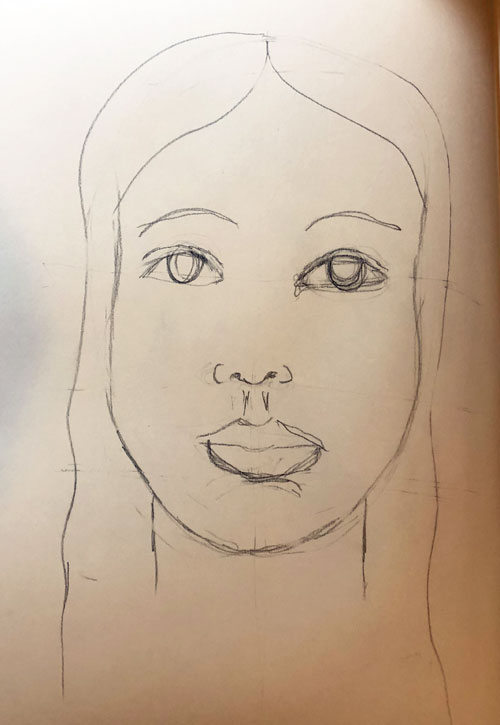 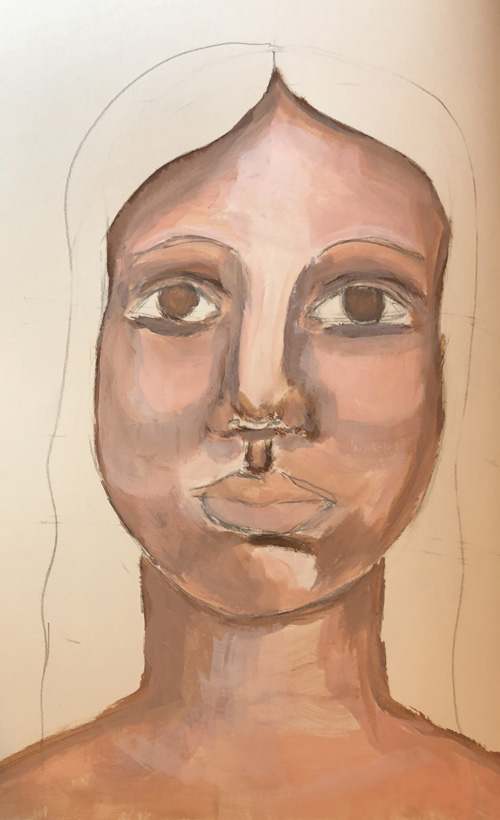 Not exactly done yet... so I added more layers, lightening up much of the face and then added Jane's Ultimate Pen in Aquadisiac. Which is very green. Using paint from Jane's earlier collection, I lay down the blue and the sandy color for the hair. 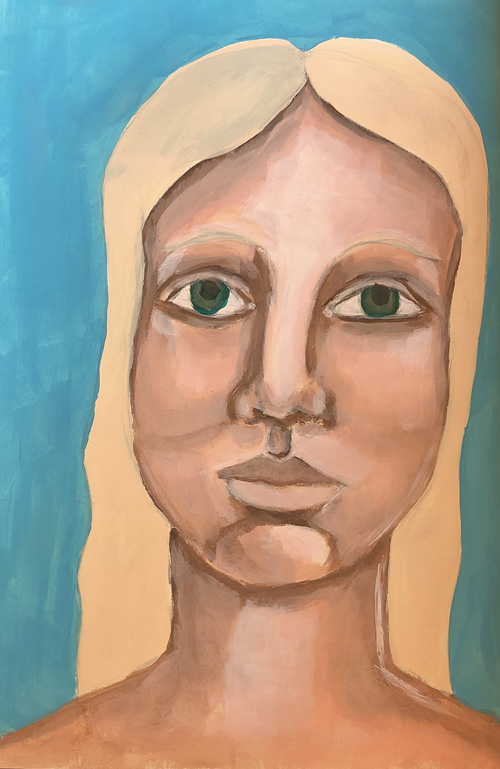 After this, I was finding the face still too flat. The paint dries incredibly matte. So matte, it could be paper, so I reached for my Prismacolor pencils and added shadows in various shades, using the colorless blender pencil and also pulled out the Golden fluid Titanium White paint. 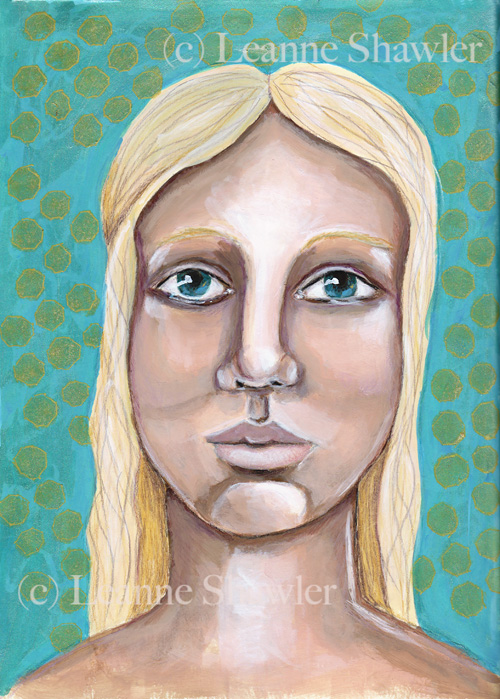 I ended up covering the background entirely with Daler-Rowney ink in Pearlescent Waterfall Green and then added Jane's Velvet Pastel (Ice Palace) rather liberally -- which also dried to a state where I could totally paint over it again. And did, with a home made honeycomb stencil using Autumn Gold ink. I added in a touch of her Dramasticks (Make me Cry) and Velvet Pastel in the eyes to lighten them up a bit. And there she is.

I thought about adding a bee to her shoulder to make it really obvious that it's St. Gobnait, but nah, it's not pulling me in to do that, so there she is.