on October 21, 2018
This started out more or less following along with Emma Petitt's activity as part of the LifeBook Summit that was held just prior to LifeBook 2019 going on sale.

Initially, I followed her steps -- which was very loose sketching and loose paint strokes. The face was almost finished when I decided it was all wrong and started most of the way over. Not only that but pages got stuck together and tore, so I had to glue two pages together as well. 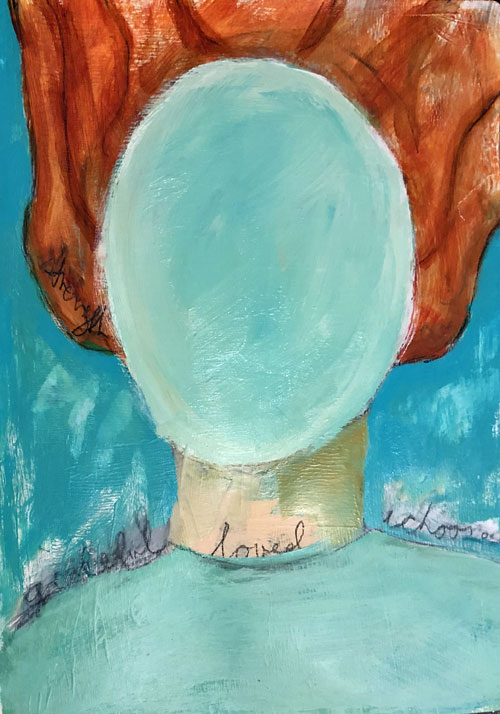 After that, I covered up all the words, redrew the face using a different reference image and repainted it, using the same colors I had picked out before: yellow ochre, light portrait pink, teal, quidacridone nickel azo gold and white gesso for mixing. Teal and gesso were the only colors that Emma used: she used a different yellow, red and pink. Emma left hers with a lot of white showing, adding to that loose look but I kept on going (of course) and wrote some words in orange Inktense pencil in her shirt to finish it up. I brushed over it with white gesso and a banged up paintbrush which gave it a cool texture, I thought.

So here you go, the final piece. 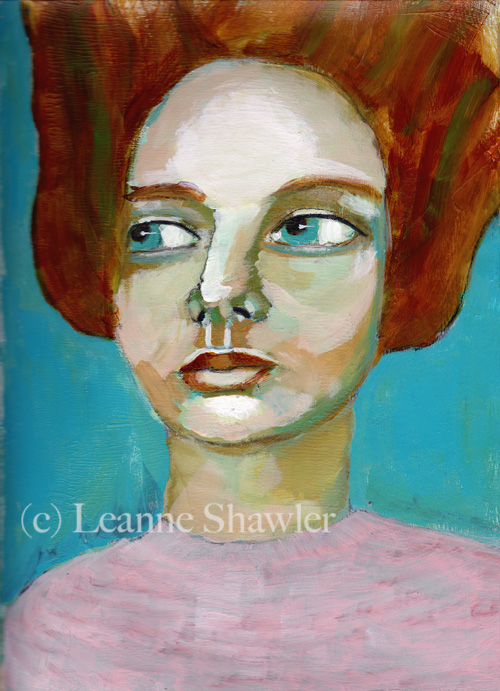