The Souls of Churches

- March 27, 2020
For at least a month, I had the idea of to write about the souls of churches, but just never got around to it. And that turns out to be a good thing, because since COVID-19 cast its shadow of my city and my state, the idea of church has radically changed.

I was going to write about walking into a church in Venice and knowing at once what kind of congregation inhabited it. There was a warmth and friendliness in the dark church of San Zulian, the nearest church to where I stayed. San Pantalon, which was three times the size, also had that warmth. It felt good to put in the requested Euros to light the ceiling. It felt like I was supporting the congregation. 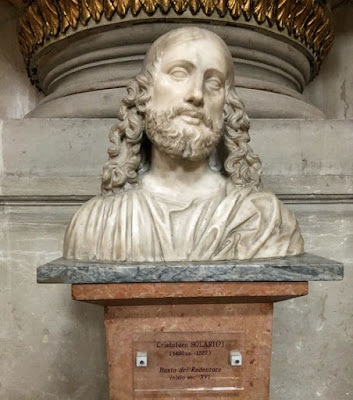 There was an air of sorrow at this tiny church on the Guidecca canal. The Chiesa di Santa Maria della Visitazione was being used by the Biennale to showcase this large sculptural room but when I looked up — there were faces painted into the ceiling that looked like it was done in the 1500s. I felt like they were missing the people who had worshipped beneath them. 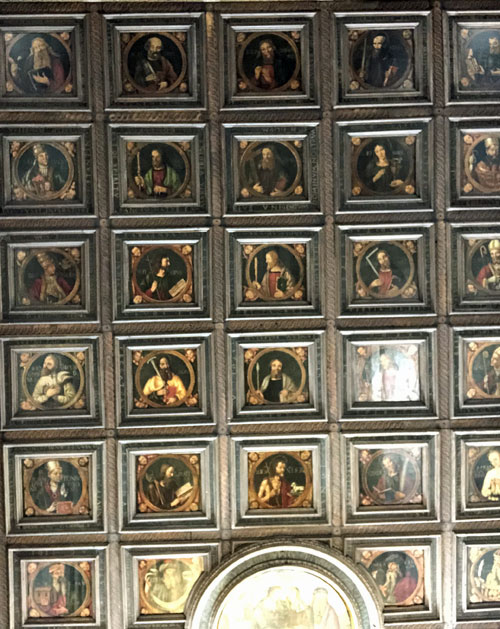 Basilica di Santa Maria Gloriosa dei Frari fooled you with its grandiose tombs that trumpeted their self-importance throughout the main space, but the heart of the congregation lay not in these magnificent works of sculpture but in the faded wall paintings. A sense of delight and mischief to be discovered if you only looked and it felt like this congregation, while taking its faith very seriously, and all to the glory of God, also honored joy.

San Marco — well, as far as I can tell, the angels worship there. There was a weight of centuries of prayer and sheet beauty. Photos aren’t allowed, although people were taking photos with abandon, but I did sneak one in the foyer. 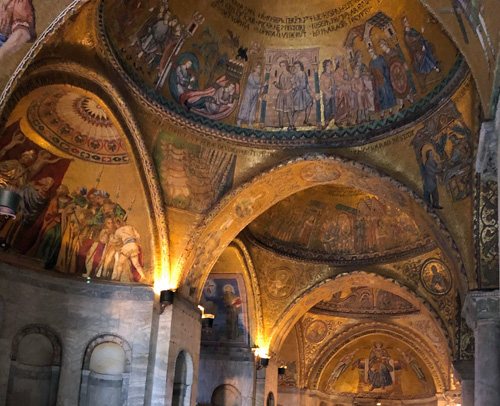 So that was what I was going to pontificate about: that churches retain an aura of the congregation that worships within them.

And then there’s my church, which I feel holds a sense of exuberant joy, even when it’s empty, although that may be colored by my experience of it. But now, none of us can gather and worship in that building and our new church is Facebook Live and Zoom meetings, so perhaps this was all just a flight of fancy on my part.

Or maybe my church is just waiting for us to come back and party and the Holy Spirit that dwells there will be thrilled to see us return and fill that space with our exuberance once more. 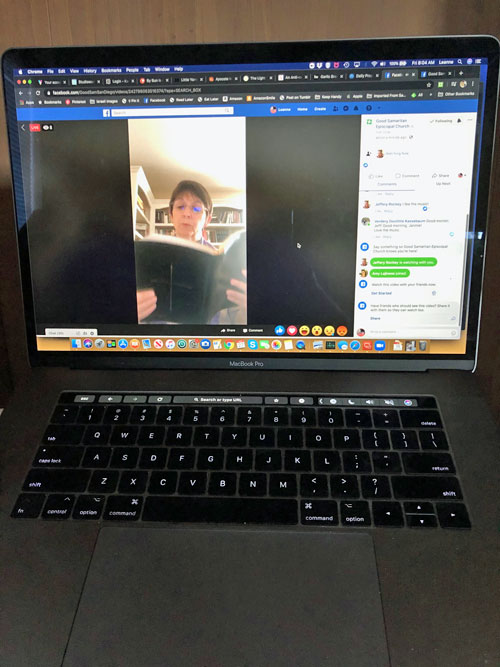 In the meantime, there is connection and community in praying together online, checking in during coffee hour and studying together. It makes me wonder how the virtual space will feel once we are able to return to church … will we abandon it, or have we planted a new field in which we can find deep connection, loving-kindness and that exuberant joy?